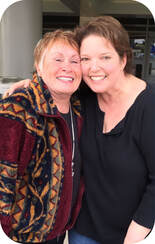 After 23 years at the helm of DayBreak, Dr. Sharon Puszko retired and placed DayBreak into the very capable hands of long-time DayBreak instructor, Dawn Castiglione.

Dawn became a licensed massage therapist in 2010, and soon saw a need to obtain her license as a nail technician as well, in order to further
care for the tender and often painful feet of her elderly clients. Dawn had often heard it said that a career will find YOU, if you are open to allowing your passions to develop and to seeing where they will take you. And that is exactly what happened to Dawn! When she learned that there is a specialized science devoted solely to the caring of the aging body, she knew she would soon be combining her healthcare career with her passion for our aging population.

The focus of Dawn's work is to restore compassionate, consistent human touch and meaningful interaction into the lives of those in
assisted-living and skilled nursing facilities, independent senior communities, and memory care residents through compassionate touch,
skillful massage, thoughtful companionship, and gentle nail care for their tender hands and feet. She seeks to elevate the human spirit
​through an attitude of great respect and service, nurturing her clients into joy-filled days. 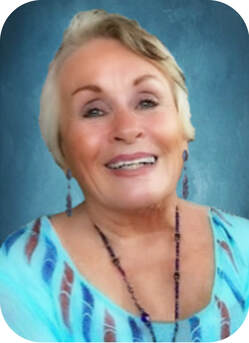 Dr. Sharon Puszko is a graduate of the University of California with a major in education. She taught Biology in Europe, Asia,
Central America and the Eastern U.S. In 1986, she made a career change into the wellness field and attended massage school in Northern California. She graduated from the Pittsburgh School of Massage Therapy and Healthbuilders School of Massage Therapy in St. Augustine, FL.
As she oversaw the function of DayBreak Geriatric Massage Institute, Sharon traveled extensively throughout the U.S. and internationally teaching the DayBreak Geriatric Massage Level 1 and Level 2 workshops at massage schools and community colleges.
​
Dr. Puszko has published articles at several publications within the massage industry and has been a contributor in numerous textbooks.
​She has appeared on public television shows such as Age Wise in Pittsburgh, PA, and has been interviewed on radio ​talk programs and in
magazines for her insights.

​After 23 years at the helm of DayBreak--and many more years prior to that in developing the DayBreak curriculum with Dietrich Miesler--​Sharon retired and confidently
​placed DayBreak into the very capable hands of long-time DayBreak instructor, Dawn Castiglione. 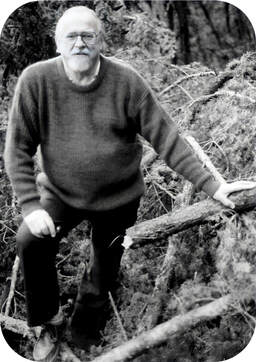 ​​Dietrich’s life’s journey began in Breslau, Germany, on July 20, 1925. At the age of 30, he left his native Germany in 1955
and moved to the United States, where he raised his five children and pursued his varied artistic interests, including jazz, photography, and publishing.

Dietrich entered the massage field in 1975 and founded the DayBreak Geriatric Massage Project (later known as the DayBreak Geriatric Massage Institute) in 1982. With a background as a gerontologist and a nursing home administrator, he brought
significant knowledge and caring to his elderly clients through therapeutic massage.  He produced numerous courses and
teaching aids about the muscle system, as well as massage treatments tailored to geriatric clients with varying needs. ​He was
also a long-time respected columnist for Massage & Bodywork Magazine.